If you look up ‘beginner’s guide to bonsai’ on the internet, you will find a plethora of resources. Perhaps the best site I’ve ever seen on the subject was Harry Harrington’s bonsai4me.com. If you have not, I highly suggest that you read through every article in his bonsai basics section; the effort is well worth it. http://bonsai4me.com/bonsai_basics.html

I will not talk about bonsai techniques in this post, or bonsai horticulture. Those topics are well covered on the internet. What I would instead like to talk about is the cultivation of artistic taste in bonsai.

Taste can never be wrong.

To argue otherwise is simply snobbery. Taste is an expression of a personal experience. Art moves us, compels us, delights, seduces, mesmerizes, whatever. It makes us feel something. My girlfriend has spoken many times of jewelry looking delectable, tasty.

Indeed, this bracelet looks like candy or cake. Every time I see paintings in the museum I want to touch them, feel the movement of the artist’s brushstrokes through the layers of paint. One of the most gratifying elements of painting for me is the feel of paint leaving my brush and trailing over the canvas.

I have not been arrested or escorted out of a museum… Yet. I can taste the saltwater running down my nose as my head submerges and my muscles ache for the surface in this painting. Can you not?

And don’t good bonsai do that to you? Don’t you want to delicately feel the bark, stroke the needles of an old white pine? Am I the only one who occasionally tastes the sap of his trees?

The point is that these trees call to us, they move us. My sensory exploration of bonsai or painting is not simply an odd appreciation of tree sap in my gin and tonic, it is an interrogation of the tree: Are you real? It is formed by an immediate disjoint between what my eyes see, the size and apparent age and the tree in front of us, and the reality of it, so small and fit into such a small pot.

Bonsai display forces that ocular contradiction further. Such an old tree in such a thin pot, hovering over the air. As if someone has simply summoned a slice of the planet into this small pot.

The question is then, what gives you this experience? What makes you yearn for a tree, to feel the shari that stripes its trunk? Inevitably our first bonsai efforts are crude, fumbling, technically insufficient and perpetrated on mallsai with no hope for achieving what we see in our dreams.

This, will likely never become this:

In an appreciable, human time scale. More importantly, it would take the care of an expert to achieve these results. Mallsai are simply funky plants, they do not grant access to that experience of bonsai.

Now you might say, “Hey Nimrod, they totally do!” Which I will use as a departure point to discuss the difference between an appreciator of art and an artist. The bonsai artist is not simply concerned with his personal experience, he is attempting to influence the experiences of others. To do that, we need honest criticism about what works vs. what doesn’t work. And, simply put, the elements of a mallsai don’t do any work.

So how do we figure out what works and what doesn’t work?

Years ago my girlfriend put a book in my hands and twisted my arm until I read it. The book was “On Intelligence” by Jeff Hawkins. I cannot recommend it enough. Rather than get his hands dirty in the biology and neuronal firing rates and such, Hawkins attempted to set out to come up with a larger, overarching theory of intelligence. His claim was that the brain is essentially a very sophisticated pattern recognition system. It takes in patterns, understands them and then synthesizes them in reality.
I think of this as kind of a neo-platonism, with Plato’s forms describing more how we see the world rather than what the world itself is. Our brain relies upon limited amounts of information to very quickly come to conclusions about the world and what it is.

This one… sort of works? If you come to it already knowing what you’re looking at, perhaps you can still discern that it is a person walking, but, to the naive or uninitiated it does not appear to really be anything at all.

The same is true of bonsai; they either work or do not.

Referring back to my post about fractals, there are certainly patterns that determine if a bonsai screams “TREE” or does not. How do we learn about those patterns? How do we speak the language of “TREE”? How do we learn what screams and what mumbles? If the brain is a pattern recognition system, you must feed the machine. We have lived our lives watching people walk and inferring spatial relationships from two dimensional images. To effectively understand what works and what does not, we must look at thousands of bonsai, but critically. We must study trees in nature, such that a drive through the woods is an inspirational experience.

One caveat: you must learn what you are seeing and what your brain tells you that you are seeing. Your brain is a trickster, and will tell you “This is a square,” when, due to perspective, what your eye sees is a rhombus. The whole thing reminds me of pre-perspective art, where you can almost feel the artist’s pain as he attempts to carve space out of the picture plane. 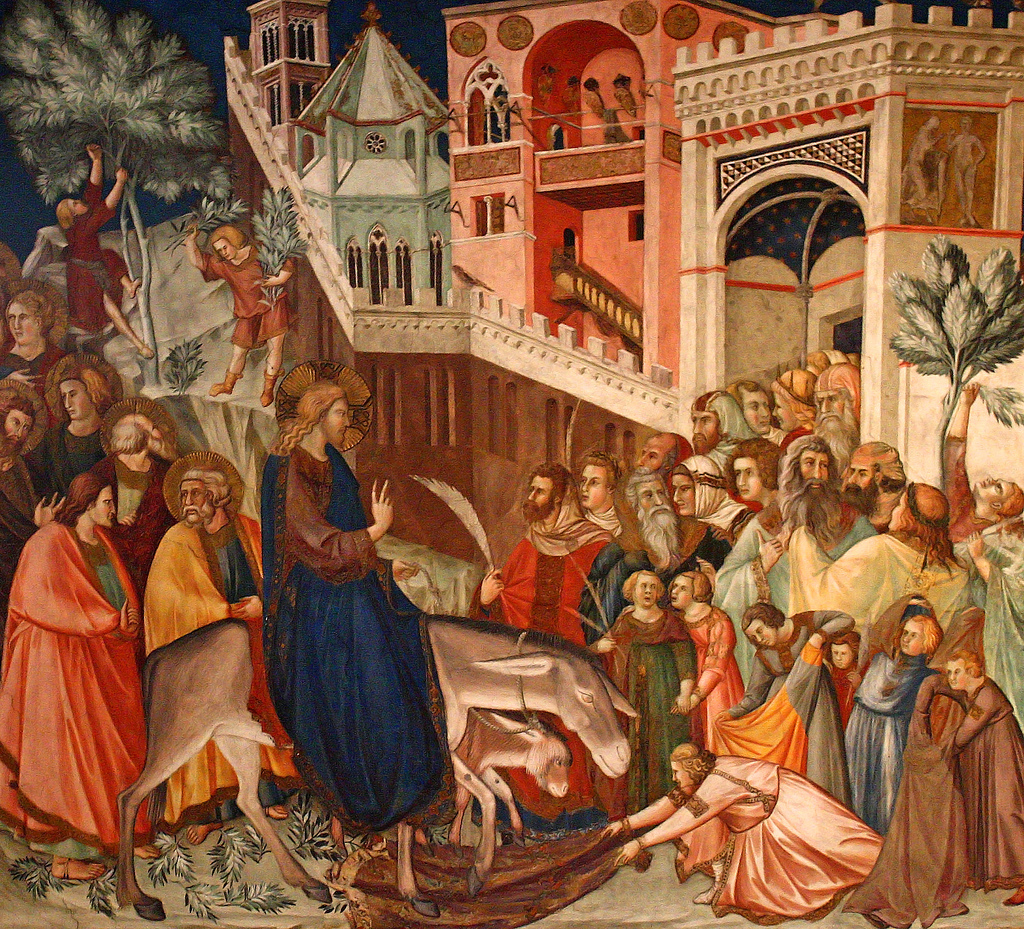 The painter here simply did not know how to convincingly trick the eye into perceiving space.
We see this in bonsai as well, when a tree, for all its virtues, simply does not convince us that it is a tree! How many trident maples have you seen styled to look like a pine? They might be very nice bonsai, as this is a very nice painting (something of an understatement!!!), but they don’t let us know that they are trees effectively.
Go to shows, examine the trees in person (do not lick them though, that is too far), talk to the artists about their goals with each tree, silently assess whether those goals have been accomplished. But before all that, feed the beast. Consume bonsai and trees, dissect them with your eyes and look far afield for the exceptions, the departures and the radicalisms that nevertheless still work.
Most importantly, stay hungry. Feed that strange beast that is your brain.